1 Does This Man Know Something We Do Not? Building An Ark? – 99Viral

Does This Man Know Something We Do Not? Building An Ark?

Chris Robinson is a designer that decided to create a tsunami proof boat that he affectionately names Tsunamiball. If you saw him working on his creation, you may wonder if he was a modern day Noah preparing for another flood. He expressed he was inspired to create this amazing boat after the devastation that occurred during the Japanese tsunami in 2011.

He accepted the challenge to come up with solution and started building. He stated he does not believe a tsunami will hit California but he is building the tsunami proof boat right in his backyard in Palo Alto. He explained it is a work in progress and his plans will change as he goes. On the other hand, once his Tsunamiball is complete, you may want to take a ride.

Tsunamiball under construction in California that the designer believes will survive any tsunami.

The modern day ark will be able to float away from its perch just in case an emergency does occur. 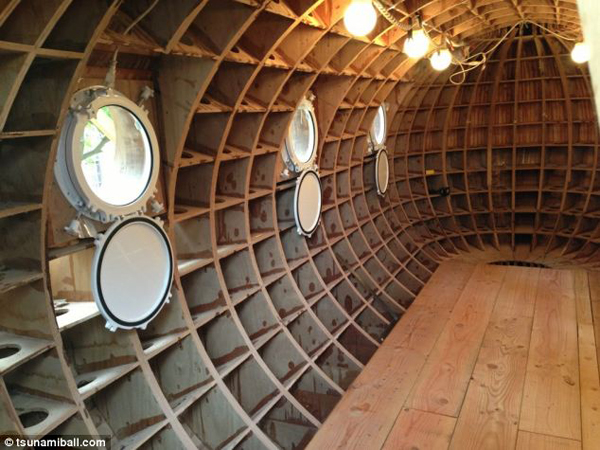 Chris wondered after the 2011 Japanese tsunami of 2011, how he could keep his family safe in case of an emergency. He started drawing. 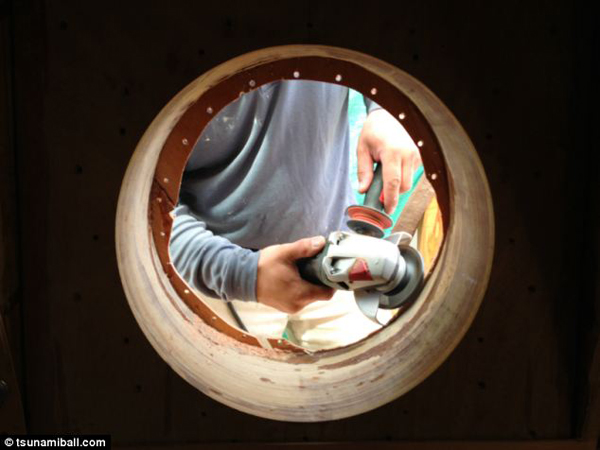 The Tsunamiball is under construction and Chris is not sure exactly what the interior will hold when finished but more than likely it will not be large enough to hold 2 of every animal in the world. 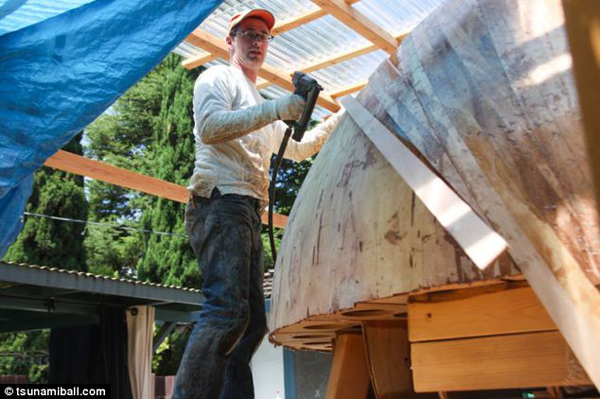 If you would like to stay up to date on his progress, you can visit Chris’s website.

If you love the design or even think, you and some friends should build your own, share and see what develops.